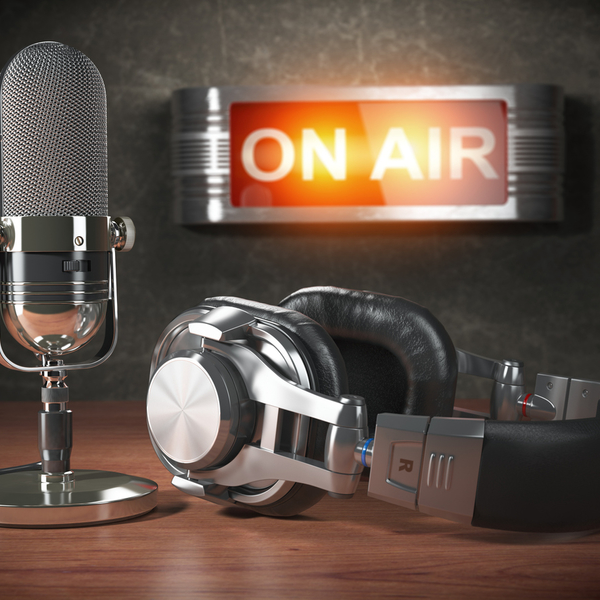 The different forms of revenue generation within the community radio space 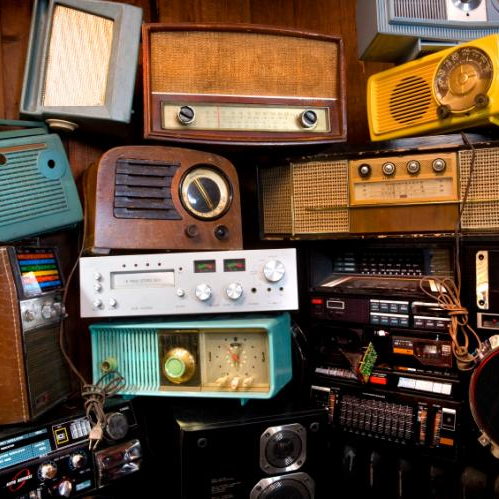 “Why People Rely On Community Broadcasting For Verified Local Information”

“Why People Rely On Community Broadcasting For Verified Local Information”

According to Fobang, who was one of the panellists at the Online Forum on “How To Adequately Resource Community Broadcasting In Africa”, in Cameroon, communities heavily rely on community broadcasters to bring them news that is accurate and in a language that is easy to understand. Moreover, there is a reluctance to accept public and commercial broadcaster information. The communities believe facts are often misconstrued due to the political influences that commercial and public broadcasters are subjected to.

In the discussion, Fobang also noted that, although the information provided by the community broadcasters is considered reliable, there lies a critical resource factor which is funding. The CCMN President indicated that community radio in Cameroon was highly dependent on community support rather than sponsorship and government funding. Community involvement and resourcing accounted for 90% of what makes the station. This means that community radio stations are required to involve the community in programming and the day-to-day management of the station. 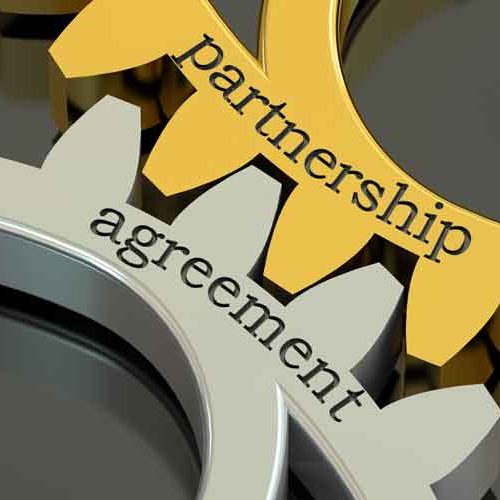 “Our community radio station’s driving forces has been to rejuvenate and revive the culture of the people of our community”. This is according to Mohammed Balu, station head at Radio RADFORD (Ghana) and National Council Member at Ghana Community Radio.

Recall that this platform – Broadcast Media Africa (BMA), in association with 2Gwana Media, established the industry programme to help  ‘Strengthening The Capacity Of Community Radio Broadcasting In Africa’. The programme’s vision has been to empower industry practitioners to develop, produce and bring forward social-impact content for their communities.

During the recent #CommunityBroadcastingAfrica online forum hosted by BMA, a panel discussion that included Balu and various community radio representatives highlighted and brought to light such impacts. According to Balu, the National Communications Authority of Ghana implemented spectrum restrictions that enforced shared spectrum by community radio stations. This decision resulted from high volume applications received by the regulatory body for setting up community radio stations in urban spaces.

Furthermore, Balu shared that in Ghana, there existed various prospects for revenue generation. He then gave examples of multiple partnerships built with international organisations such as UNICEF and UNESCO and the European Union. According to Mohammed, in his community, programmes are built with community input and funding is gained through a community chain whereby the community radio stations promote local productions by that creating an interdependent value chain. 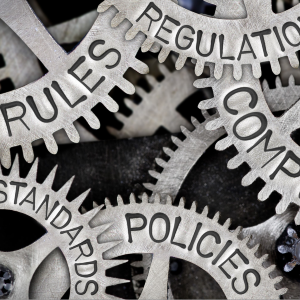 “Impact Of Policies And Regulations On Community Broadcasting In Uganda”

“Impact Of Policies And Regulations On Community Broadcasting In Uganda”

“The reality of the legal environment in Uganda is that it suppresses the progress and development of the community radio sectors”. These were the words of Jimmy Okello, the National Coordinator at Community Media Network Uganda, during the recently concluded online forum on ‘How To Adequately Resource Community Broadcasting In Africa’.

The online forum was an initiative by Broadcast Media Africa (BMA), in partnership with 2Gwana Media to ‘Strengthen Community Broadcasting In Africa’ by analysing how media laws can empower community broadcasting to attract more private funding and investment. 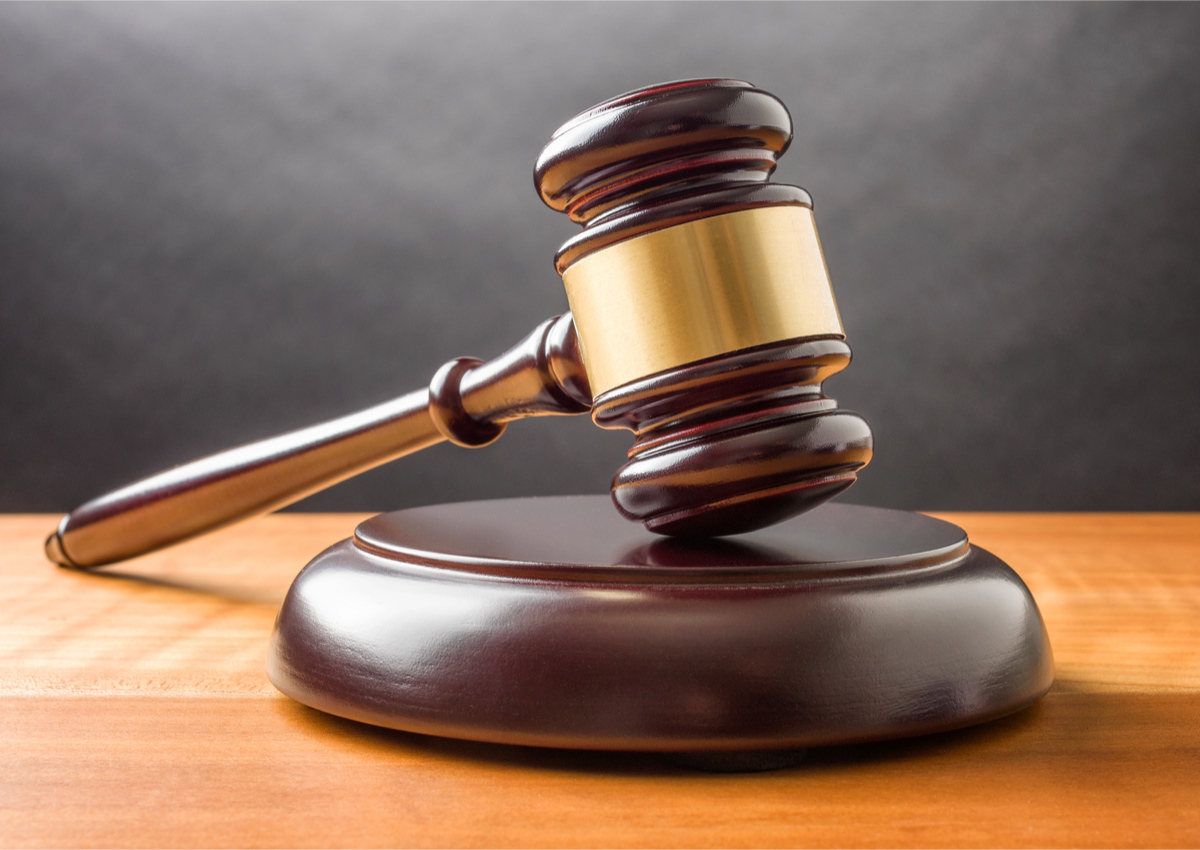 During the recently held industry forum on ‘Strengthening Community Broadcasting in Africa’, organised by Broadcast Media Africa (BMA) in collaboration with 2Gwana Media, BMA asked the Independent Regulatory Authority of South Africa (ICASA) why its regulatory framework for community radio services seems too demanding, hindering the growth of the sector. According to Ms Leah Maina, the Licensing Executive at ICASA, the current community radio restrictions are rigorous and purposely. Leah explained that the regulator has various responsibilities that range from licensing and compliance monitoring and that adequate measures have been put in place to ensure a vibrant community radio landscape and promotion of sustainability. That said, the ICASA executive invited and welcomed stakeholders to interrogate and advise the regulator on any regulatory framework elements they thought required updating. The authority would then review and amend where necessary, suggested Maina. 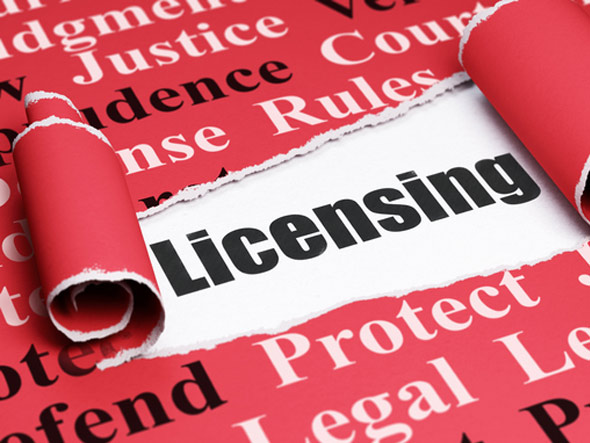 How Regulation Can Serve Or Hamper Community Broadcasting

How Regulation Can Serve Or Hamper Community Broadcasting

During BMA’s virtual forum on “Implementing Effective Regulatory Framework for Community Radio Broadcasting’, the National Community Radio Forum’s (NCRF) General Secretary was asked whether its members felt that regulations were serving or hampering the development of community radio broadcasting in South Africa.

Mr Pusoyabone said, amongst other things, that there has been some progression and efficiency concerning radio licensing due to the introduction of the Electronic Communications Act (ECA) in 2005, which simplified licensing of community radio stations.  Following the accelerated growth driven by the ECA, the South African regulatory body introduced a new process that has, to date, led to a decline of community radio broadcasting stations in the country. Pusoyabone emphasised the growth impact that the new regulation has caused, especially in communities where community radio broadcasting is necessary. 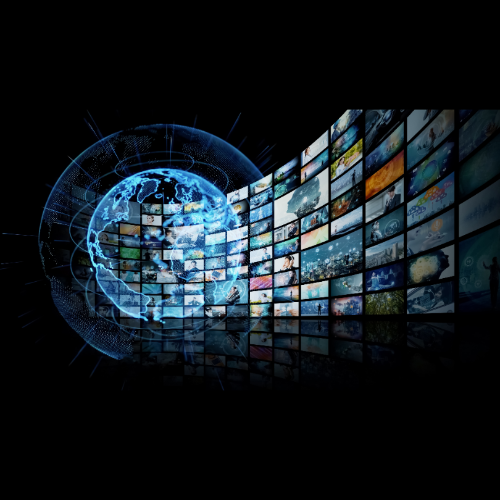 During the recently held online forum on #CommunityBroadcastingAfrica, Broadcast Media Africa (BMA) asked Ms Gail Schimmel, CEO of the Advertising Regulatory Board of South Africa, about the effect of  “Harmonised regulations on advertising as a means of revenue generation for community broadcasting in Africa?”

In addressing the question, Ms Schimmel said that multinational companies would prefer to deal with one regulator when it comes to advertising. Additionally, these international companies tend to view Africa as a country and not a continent. This often presents challenges as each country has its own regulatory body. Harmonisation would bridge this gap.

Another critical aspect to look closely into is that advertising is the driver of revenue generations, especially in the community radio broadcasting space, said Gail. Due to lack of harmonisation, this often impacts the revenue that community radios can raise, affecting their profitability and sustainability.

The forum is part of the ongoing Industry Programme on Strengthening Community Radio in Africa. Broadcast Media Africa (BMA) has partnered with 2Gwana Media to explore how the sector can be assisted in developing and expanding its revenue generation. 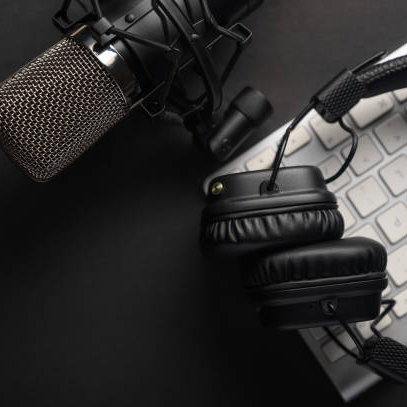 “Data Is The Gateway To Podcasting Success In Africa”

“Data Is The Gateway To Podcasting Success In Africa”

Broadcast Media Africa (BMA), in collaboration with 2GwanaMedia, recently hosted an online forum on “Community Broadcasting – Use Podcasting To Maximum Leverage”. During the interactive panel discussions, which delved into the role played by telecom organisations in the accessibility and sustainability of podcasting services, Thabo “Tbo Touch” Molefe, the Executive Director at International Institute of Broadcasting (SA), was asked, “how have data barriers reshaped podcasting formats?”.

Tbo Touch spotlighted the notion that catchup is for those that have unlimited access to data. He further reiterated that the future of podcasting is at the mercy of telecom organisations by means of affordable internet connectivity and access. The Executive Director then pointed out that the reason traditional radio thrives is its advantage of being free to air.

The youth has a challenge with engagement due to highlighted internet connectivity limitations; however, Touch observed success from those that have utilised social media as an extension tool to reach the market. 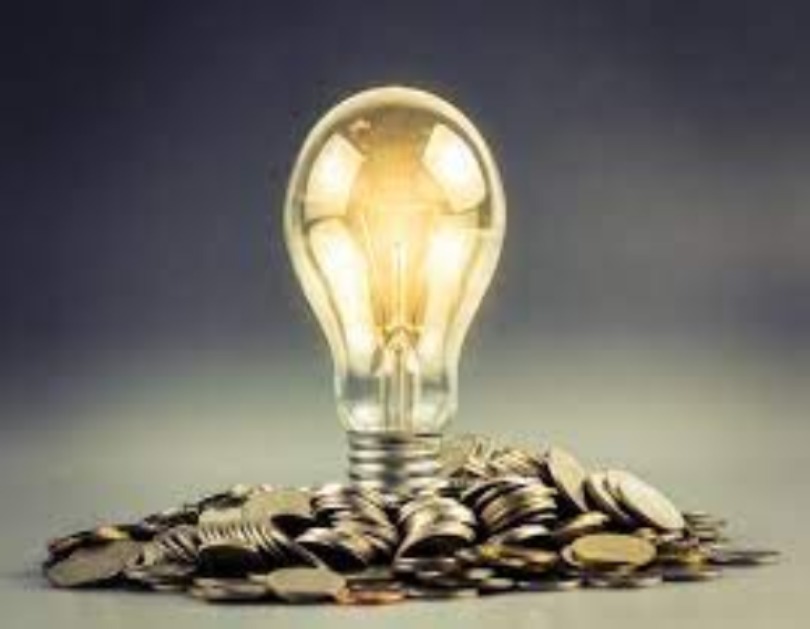 “To Grow, Community Broadcasters Need To Be Well Resourced”

“To Grow, Community Broadcasters Need To Be Well Resourced”

During the recently concluded online forum on #CommunityBroadcastingAfrica, Nkopane Maphiri, the Chief Executive Officer of Torque Media, moderated the ‘How Community Broadcasters Can Utilise Acquired Resources Effectively’ session. The session was aimed at evaluating existing frameworks that could promote increased economic activity to sustain revenue.

Furthermore, governments and regulators fail to acknowledge that most community radio stations are set up in poverty-stricken areas. As a result, these stations are unable to self-sustain due to the geographical location and the state of resources in the areas they operate in. The consequence of this is that advertisers are not able to invest in a community that carries zero prospect of Return On Investment (ROI) due to a lack of buying power.

South Africa has, however, recognised this gap, said Maphiri. To bridge the imbalance of power, South Africa established the Media Development and Diversity Agency (MDDA), a funding institution, with the objective to support community broadcasters. This monetary support from the government is raised through taxes gained from commercial broadcasters, giving community broadcasters leverage to access resources and compete fairly with commercial broadcasters for advertising space. However, the downside with the said model is that it has created a dependency on the fund rather than sustainability. 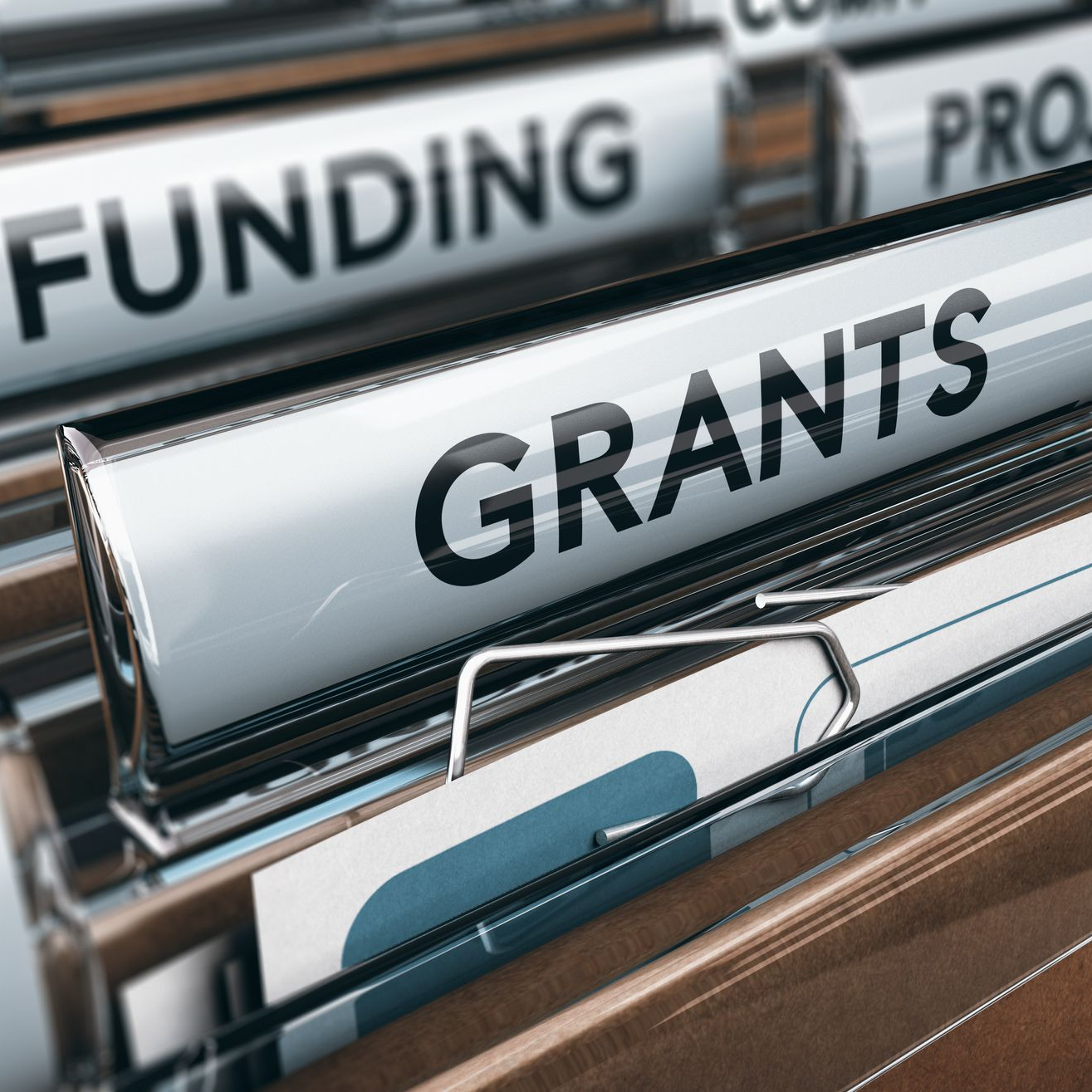 Why Public Funding Is Essential To Sustainable Community Media Sector

Why Public Funding Is Essential To Sustainable Community Media Sector

As part of the industry programme on #CommunityBroadcastingAfrica, Broadcast Media Africa (BMA), in collaboration with 2Gwana Media (2GM), hosted an online forum that addressed vital topics such as: Understanding the different forms of revenue generation within the community radio space and what role can effective regulation play to help foster a sustainable funding environment for community radio broadcasters?

In unpacking these vital points, BMA asked Mirta Lourenço from UNESCO, “How does UNESCO assist community radio broadcasters with sustainable funding?”. Responding, Ms Lourenço, who is the sector chief for community media development at UNESCO, emphasised that there needs to be a certain level of public financing for community radios to be sustainable. She also brought to light how community radios in Africa can, in a structured manner, gain funding to assist their growth.