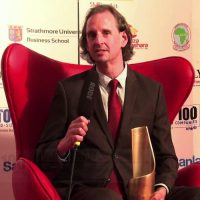 My purpose is to Transform the Creative Industry of Africa, into one that is Professional, Transparent and Profitable for All.

Since moving to Eastern Africa, from Australia, in 1998, my Phamily & I have Built one of best-known Entertainment Companies in Africa; which The Business Daily and KPMG listed at No.36 of the Top 100 Mid-Sized Businesses in Kenya, during 2016.